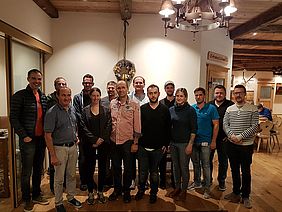 A group picture of the WIFI project team after the closure event. 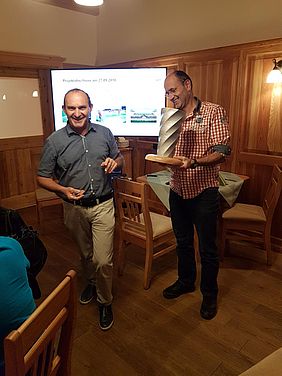 Handover of the welders' handcrafted WIFI trophy from Fronius to LIFEtool. 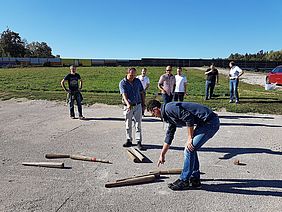 The WIFI team in action during the traditional Upper Austrian team sport "Knittelwerfen". 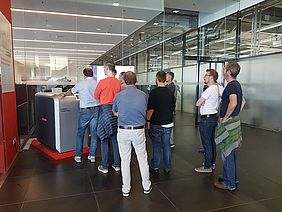 The WIFI team during the guided tour through the Fronius production site in Sattledt.

On the 27th of September 2018, the WIFI team celebrated its successful project with a multi-faceted closure event. The program covered a guided tour through the Fronius production site in Sattledt, fun and games during the traditional Upper Austrian team sport “Knittelwerfen” and a dinner at Zirbenschlössl in Sipbachzell. There, we also had a retrospective in pictures through all project phases and the Fronius team handed over a lovingly crafted gift to the project partners FHOÖ and LIFEtool.

Although the project will officially end with 30th of September 2018, there will still be (infrequent) updates on the website (e.g., for publications yet to come).