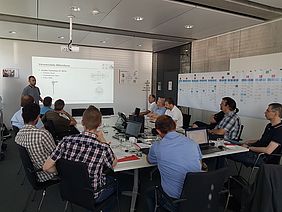 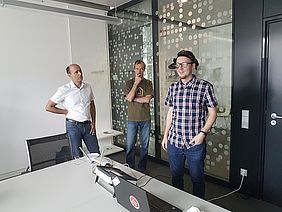 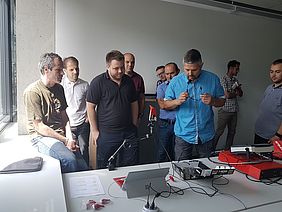 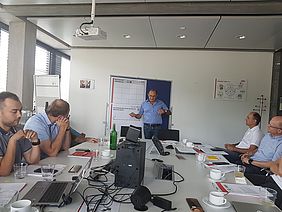 On the 5thth of July 2018, the 9th official consortia meeting was held, again hosted by Fronius in Thalheim. This time, the results of systematic automated tests with the prototypes as well as a new Voice User Interface design were presented and discussed. The new design had already been evaluated prior to the meeting during a Wizard of Oz test – the related results were also presented in the meeting. The interactive demo session was another highlight – several prototypes including also the new IntegraMouse Plus prototype could be tested for the first time. Because the 10th and last consortia meeting in September 2018 will be held in a different format, we already conducted an interactive round of reflections this time.