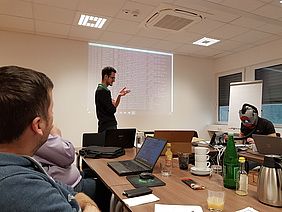 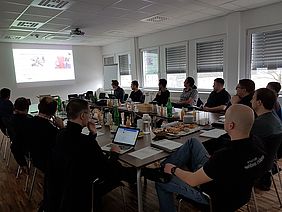 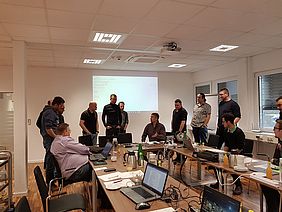 On the 16th of January 2018, the 7th official consortia meeting was held, hosted by Fronius in Thalheim as usual. During the meeting, the findings of the first wizard of oz test that took place in November 2017, as well as a novel interface design based on these findings were presented. Further, the researchers of the University of Applied Sciences Upper Austria and LIFEtool demonstrated four different functional hardware and software prototypes. The present team members could then also test these prototypes themselves. In the end, there was a fruitful discussion and joint prioritization of the currently open tasks and planned activities.