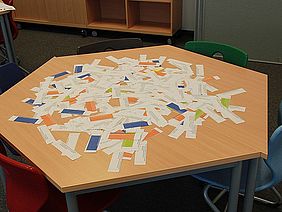 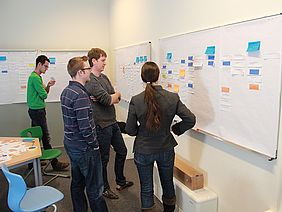 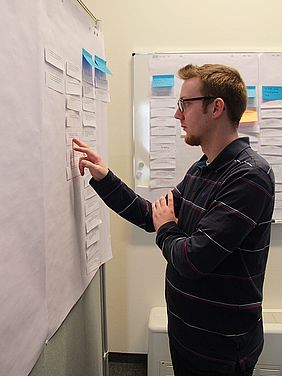 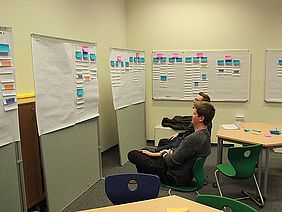 In December 2016 and January 2017, two full-day so-called Affinity-Building workshops took place. During these workshops, the participants clustered the (in total about 480) affinity notes and identified a hierarchy of categories which step-by-step resulted in a hierarchically-structured affinity diagram. The affinity diagram later became one of the most important instruments of the project team, especially in the conceptualization phase, because it describes in a well-structured way the full project context (including system and interaction requirements as well as design ideas).